Quickspin is a Swedish company, creating fantastic slots. Being a part of Playtech Group family, it can be rightfully considered a leading manufacture in its sphere. And now it invites gamblers to exciting world of Wild West together with their release called Sticky Bandits.

The 5x5 game is centered on two dodgy desperadoes, who are going to rob a train in a desert canyon, full of cacti. It’s also filled with incredible wild symbols, bonus symbols and other wild symbols, which trigger a bonus of free spins.

The game is developed in HTML5, that’s why it features brilliant graphics together with a cool soundtrack, reminding us of Spaghetti Western movies. The game also features Achievements Engine, an innovation from Quickspin. This option was created to offer gamblers rewarding and entertaining playing experience. The Achievements Engine uses 6 unique events of the game and rewards gamblers with Quickspin tokens at the moment when free spins or some other lucky features get triggered.

Achievements are spread across 4 levels and each of them pays out, so gamblers can use their tokens if they want to trigger this or that bonus feature of the game, including free spins or other interesting side games.

While playing and using Achievements Engine feature, gamblers can track their own progress and claim their rewards and get them on the special page of the game. 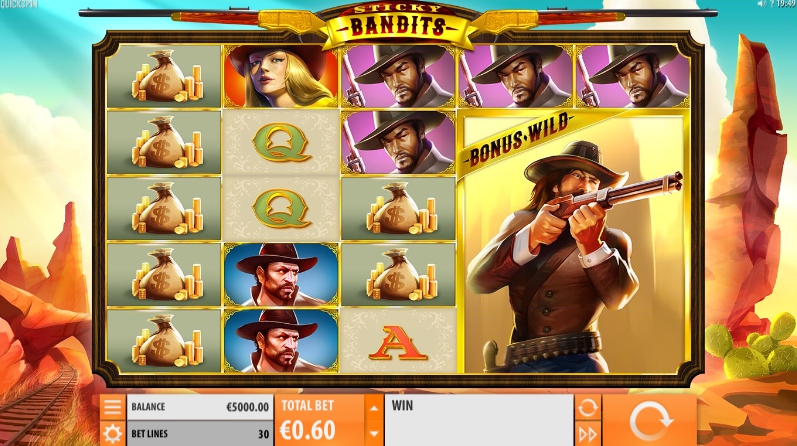 Daneil Lindberg, Quickpin CEO, expects the game to become another sensation, because it’s going to take gamblers on an exciting rollercoaster ride through the hot desert. He says that the game is even more valuable, because it features Achievements Engine, a newly-launched gamification module, which has already become extremely popular.

Quickspin company was created in 2011, and since March 2016 it’s been an honorable part of Playtech family. The company is licensed in many various countries, and its amazing content helps it to sign new agreements with a huge crowd of leading operators.